Meet Burt and Dana: Two Friends at The Overlook Who Have Taken Charge of Making This CCRC in Charlton, MA Even More Beautiful! 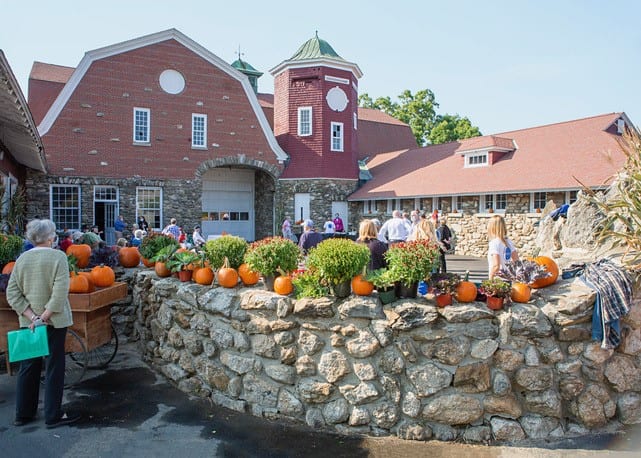 It started with two new friends taking regular walks around The Overlook’s scenic park-like grounds, and it quickly blossomed into one of the most vibrant resident-led committees at our Continuing Care Retirement Community (CCRC) in Charlton, Massachusetts.

This is the story of the beautification committee at The Overlook, which was founded by enthusiastic residents Burt Goodrich and Dana Gould. The committee has been making a noticeable difference throughout the community since spring 2020.

Started with a stroll

“Dana and I hit it off as friends and as we were taking one of our many daily walks around the campus, we noticed some ‘blemishes,’” Burt said, who like Dana, has lived at The Overlook since January 2020. “As Dana and I talked more about it, we came to think that some of the garden areas around campus were in need of some attention.”

While The Overlook has a professional maintenance and landscaping crew to provide regular services around campus, the garden plots have traditionally been a resident-led effort. So, as the ground thawed and planting season quickly approached, Burt and Dana, two men who were fairly new to the community, turned out to be the perfect people to capitalize on this golden opportunity to get involved.

“I’m a Mason, a Lion, an Elk and a joiner who has a passion for getting things done,” Dana said. “I’ve done a lot of gardening, cleanup and service projects for the town of Burrillville, Rhode Island. Here, the more we can do to make this place better, the better off we all are.”

Similarly, Burt is no stranger to beautification projects: “My wife and I have a lifetime love affair with gardening. We also did a lot of remodeling ourselves at our former home on Lake Monomonac in New Hampshire. We enjoy sweat equity, and as members of this community we are stakeholders who want to be involved.”

Even with their experience and go-getter attitudes, the pair knew they couldn’t do it alone. Fortunately, they now lived at The Overlook.

Part of living in a community like The Overlook is being surrounded by like-minded people who share the same zest for life, community involvement and activity as you. So it was easy for Burt and Dana to quickly harness the power of our community spirit to create what is now known as the beautification committee.

“Soon after we got the ideas about the garden cleanup, in May we put an announcement out on the intra-community bulletin and TV channel,” Burt said. “We said that any resident interested in beautifying the campus could just bring gloves and drinking water, and we’ll get started tomorrow at 9 a.m.”

When that day came, Burt and Dana were thrilled with the turnout. Then, they got to work.

“We got such an enthusiastic response that first day,” Dana said. “We had 16 or 18 people show up, and we got started right out front of the main residence building.”

On that first day, they focused on getting one of the garden plots ready for springtime planting, which is a popular activity among their fellow residents at The Overlook. The crew of neighbors and friends began at 9 a.m. as planned and worked until noon.

“We filled 20 bags of leaves and brush and yard debris. At the end of the day, we were so pleased,” Burt shared.

Beautifying The Overlook beyond just the gardens

“For the first couple months, we just focused on the garden plots,” Burt said. “The timing was perfect with the springtime planting season and we even got compliments from fellow residents saying, ‘The gardens never looked so pretty.’”

As Burt and Dana continued their walks and the now-official beautification committee held a loyal following, they looked toward tackling other projects around campus.

For example, many of their neighbors and fellow committee members had remarked about three deteriorated Palladian windows on the community’s maintenance building. So, in short order, several members of the group volunteered to scrape, repaint and rebuild them.

And after getting wind of another potential project, a couple of women on the beautification committee took the lead on sanding and recoating the doors of the “grand old water tower,” as Burt called it. These projects would each be good prep for the committee’s biggest one—yet.

Over the spring and summer, the volunteers’ beautification efforts got noticed by fellow residents and community leadership alike. They inspired Tameryn Campbell, President & CEO of Masonic Health System of Massachusetts, and Mike Quirk, Executive Director at The Overlook, to empower the committee and amplify its ardor into a community-wide effort.

This manifested itself in what became a “week of caring” in late September, which focused on caring not just for the grounds and physical spaces of the community but also for the people within it. Combined with activities that follow The Overlook’s ongoing wellness initiatives (especially amid COVID-19), the week of caring’s main task was rejuvenating and preserving The Overlook’s iconic stone barn. “The stone barn was getting to be an eyesore and was due for some maintenance work,” Dana said. “So, the ‘week of caring’ became a social, active way to preserve it until the community decides to bring in professionals for a more complete restoration.”

With the full buy-in from leadership, Dana explained that they had all the necessary help to bring back the stone barn’s beauty. For example, the community’s director of maintenance, Ryan Moore, bought the necessary tools to complete the jobs at hand. Plus, the dining staff brought out food to support the committee’s efforts for three days in a row. Just as it was when the committee was taking root, all people had to do was show up.

“We had jobs for everyone,” Dana said. “Whether someone wanted to just come out and cheer us on or grab a brush and paint, anyone could do whatever they wanted to do and socialize in the process. We had been needing that chance to have some camaraderie this year, and this was a safe way to do it.”

“We ended up with 65 people out there helping out including management and staff, and for three days we scraped and painted and landscaped and planted all kinds of fall foliage in the gardens around the barn: mums, cabbages, pumpkins,” Burt added.

Capping off the “week of caring” was a celebration on September 25 to “reveal” the newly rejuvenated stone barn. During the outdoor party, Tameryn shared remarks praising the beautification committee and anyone who helped, while explaining that the people involved and the community spirit shown exemplify what makes The Overlook a front pick for retirement in Massachusetts.

Plenty still to do, alongside plenty of new friends

Burt, Dana and the rest of the budding beautification committee haven’t stopped with the barn. They said that they have pages filled with ideas of other projects to accomplish during the fall, winter and spring. And this committee is just one of the many parts of living at The Overlook in Charlton that Burt and Dana truly enjoy.

“We love meeting and being around people,” Burt said, referring to himself and his wife, Janet, the newly elected president of the resident council. “Here, we have the opportunity to get involved with 220 neighbors who we see as new friends. There’s so much to do, you can kind of pick and choose your own adventure. We’re here for enjoying our retirement.”

“I’m still fairly new here,” Dana shared. “Even still, jumping into things like the beautification committee and meeting a lot of people makes this a wonderful place to live.”

Whether you’re passionate about things like “grassroots” efforts to make The Overlook even more beautiful, or would rather just live each day without the hassles of home upkeep, there’s a place for you here. We’d love to host you for a virtual or COVID-conscious in-person appointment, so simply click here or call 508-434-2318 to get in touch!

There are currently no events. Please check back soon or contact us for more information!

We are now open for Independent Living tours, call 508-434-2318 to book today! Read our latest updates on COVID19 and visitation here.